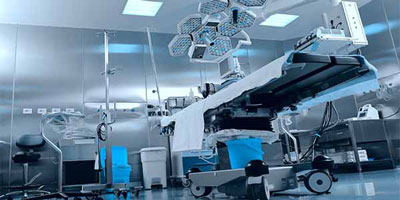 When a patient undergoes surgery, the surgeon and their medical staff must follow a surgical procedure to make sure the operation goes without incident, injury,  or risk of infection to the patient.  If the procedure doesn’t go as followed, or there are mistakes made during surgery which would not occur under normal conditions, then it is considered a surgical error.

A surgical error happens when there is a mistake while the surgeon is performing surgery.  This may happen for a number of reasons and may not only be the fault of the doctor, but the medical staff as well. Surgical errors account for about a quarter of medical malpractice lawsuits.

The seriousness of surgical errors and how it affects patients

Not all surgical errors are severe enough to bring about a medical malpractice case. If the patient was not harmed by the error during surgery, then there is no malpractice.

However, if the surgical error falls below the medical standard of care, where under normal circumstances the same error would not have occurred, then there may be grounds for a medical malpractice case.

According to a study from surgeryjournal.com which examined 444 medical malpractice claims from 4 different insurance groups, 58% or more than half of the claims involved a serious or major injury due to surgical error.

Of the 258 surgical errors that were serious:

There are five leading causes as to why surgical errors happen.

Surgical errors that are most likely to occur

A study was released by the Joint Commission that documented 2,930 surgical errors between 2004 and 2014.

The commission found that:

Have you or a loved one been the victim of surgical error?

The Abbott Law Group, P.A. has over 30 years of experience which includes handling medical malpractice cases that involve surgical error.  If your health or life has been seriously impacted due to a surgical error, you should call us right away for a free consultation.

Our team consists of trial lawyers and legal nurses who can evaluate all events and medical documents occurred during the surgical error to see if you have a case.  Call us today for a free consultation.