If you contracted hospital infections while receiving treatment in a hospital, contact the Jacksonville medical malpractice lawyers at Abbott Law Group. 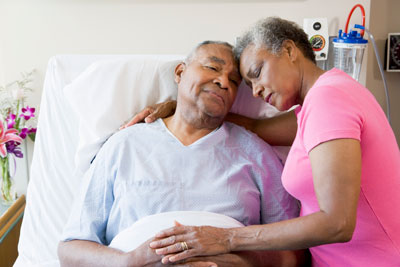 Hospital-acquired infections, also known as nosocomial infections, are infections that are acquired in a hospital or other healthcare setting when patients are admitted for the treatment of some unrelated condition, but ultimately develop some sort of infection.

Hospital infections are transmitted when doctors, nurses, or other healthcare providers do not practice correct hygienic procedures regularly.

The result of these poor hygienic procedures is unsterile medical devices and surgical equipment, and an unsanitary environment for patients.  Believe it or not, poor hygiene practices are still very prevalent in hospitals throughout the United States, as data collected by the Centers for Disease Control and Prevention (CDC) proves.  According to the CDC, the estimated number of hospital infections in U.S. hospitals was approximately 1.7 million, which contributed to the death of over 98,000 patients.

How Hospital Infections are Perpetuated

Doctors, nurses, and other healthcare providers working in hospitals have a professional duty to treat patients with sterile medical instruments and provide patients with a sanitary environment in which treatment is carried out.  However, healthcare providers are failing in this professional duty at an alarming rate and patients continue to contract hospital infections as a result.

While infection used to be considered an unavoidable risk of receiving medical treatment in a hospital, it has been demonstrated through scientific studies and real world implementation that having stricter sanitation and sterilization protocols and procedures in all hospitals can significantly reduce the number of patients contracting hospital infections.

Hospital-acquired infections can be reduced and even completely prevented in a number of ways, including:

Often times, stricter sanitation and sterilization protocols are not implemented in hospitals as a cost-cutting measure; however, evidence shows that the medical community is paying much more annually to treat hospital infections than it would to prevent them from happening.  According to the CDC, the annual cost of treating these preventable hospital-acquired infections is estimated to be between $4.5 billion and $11 billion each year.  Regardless, the lawyers at Abbott Law Group contend that the failure to implement sanitation and sterilization protocols within the acceptable standards of the medical community amounts to medical negligence, and the hospitals who fail in this regard should be held legally liable.

According to the CDC, hospital-acquired infections are commonly contracted due to the many types of invasive devices and procedures used in modern healthcare to treat patients and help them recover, such as catheters and ventilators.  Some of the most common infections contracted as a result of the use of unsterile instruments and unsanitary conditions in invasive procedures include:

The lawyers at Abbott Law Group have over thirty years of experience in the areas of personal injury and medical malpractice, including hospital negligence.

If you have experienced an injury as a result of unsanitary conditions or unsterile equipment in a hospital, you may be legally entitled to compensation for past and future medical bills, lost wages, pain and suffering, and other damages.

If you contracted one of the infections listed above or any other infection you believe was acquired while receiving treatment in a hospital or some other healthcare setting, contact the medical malpractice lawyers at Abbott Law Group today for a free case evaluation.