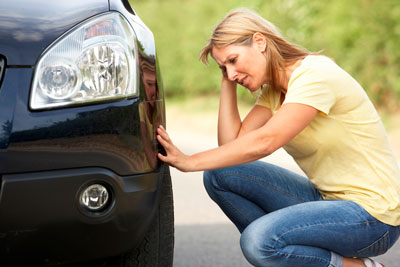 If you or a loved one have suffered a serious bodily injury or death as a result of a hit-and-run car accident, our Jacksonville car accident attorneys would like to speak to you today about your legal options. Call us at (904) 292-1111 for a free consultation.

Contributing to a car accident can be one of the most stressful and traumatic experiences in one’s life.

Everything happens so fast, and when it’s all over, the person who caused the crash is often left to make a split-second decision that is influenced by basic human instincts.

The decision that a person must make is whether he or she should stay at the scene of the car accident and face the consequences, or simply leave.

This seemingly easy split-second decision can have major consequences, legal and otherwise, for the driver who caused the accident if he or she decides to leave the scene.

What is a Hit-and-Run Car Accident?

A hit-and-run is an act of causing or contributing to a car accident by colliding with another vehicle, some other piece of property, or a person, and failing to stop at the scene to identify oneself to the authorities afterward. This act is considered a separate crime in every jurisdiction in the United States, and many states are moving to stiffen the criminal penalties for hit-and-runs.

In Florida, a driver must stop immediately at the scene of a car accident, on public or private property, that results in injury or death to another person.

If a driver makes the decision to flee the scene, he or she could:

In addition to stiff criminal penalties, the driver could also face harsher civil penalties as a result of being sued by a person injured in the car accident.

In 2015, Florida’s Department of Highway Safety and Motor Vehicles (DHSMV) estimated that there were over 374,000 car accidents in the states, a whopping 92,000 of which were hit-and-runs. There were more than 19,000 injuries resulting from hit-and-run crashes, with over 1,200 of those involving serious bodily injury. In addition, there were approximately 186 deaths that resulted from hit-and-run car accidents; over half of these deaths were pedestrians.

Vulnerable road users, like pedestrians and bikers, are particularly at risk of hit-and-run injuries and deaths because unlike those riding in cars or trucks, they do not have a protective metal shell to protect them. According to the DHSMV, approximately one out of every four car accidents involving a pedestrian resulted in the driver leaving the scene.

Every year the DHSMV calculates these hit-and-run car accident statistics, they remain relatively steady. This means that the issue of people fleeing the scene of a car accident, rather than sticking around to face the consequences, is not getting any better.

How Our Florida Car Accident Lawyers Can Help

However, the statute of limitations restricts one from bringing a lawsuit against a negligent driver after a certain time period has elapsed, so it is extremely important to discuss your case and explore your legal options with a car accident lawyer as soon as possible.

Abbott Law Group’s car accident lawyers have over 30 years of experience settling and litigating a wide variety of car accident cases, including hit-and-runs, in Florida and throughout the United States.

Our team of attorneys can and will help victims of hit-and-runs by investigating the negligent party and the events surrounding the accident in order to obtain the maximum compensation from the at-fault party.